If you were at SPIPPS on February 21st, you have the opportunity to buy a DVD featuring all grades who participated!  Students in Early Childhood – Kindergarten can purchase the DVD for $5.  SPIPPS participants in 1st-8th grade can purchase the DVD for $10.  The DVD features individual students showcasing their basketball skills, as well as pictures from the games they played.  Please see Mrs. Guidry if you are interested in buying the DVD.

Senior, Alan Almond, was recently chosen as one of 24 area high school students to display their artwork at the Art Museum of Southeast Texas.  AMSET has organized an annual art contest for the past 29 years for twelfth-graders to showcase their skills and learn about museum exhibition practices.  Local high schools sent in 150 entries.  Alan had the opportunity to attend a framing session to learn to frame artwork, as well as, help other participants with their frames.  A formal opening reception and awards ceremony took place on Tuesday, February 24th.  His artwork can be viewed at AMESET and will also tour regional schools from March 23rd through May 1st. 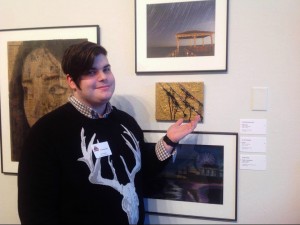 On Wednesday, February 25th, representatives, Debbie Neef and DiAnn Hollar, from SERTOMA came to Sabine Pass School to present two awards.  Among many entries, Juniors, Zade Delgadillo and Marlen Mungia, were chosen for their excellent essays they submitted for SERTOMA’s National Heritage Essay Contest earlier this school year.  Both students received a special reward and a certificate honoring their outstanding writing ability and presentation of ideas. 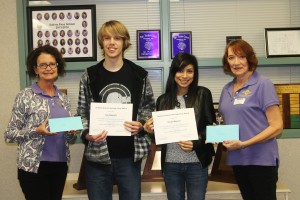 Sabine Pass high school students recently created a new student organization with the goal of helping other students and their community.  S.H.A.R.K.S. is a UNICEF-sponsored association that stands for Students Helping At-Risk Kids Succeed.  “While filling out college applications, I was not happy with the absence of involvement in student organizations or community service,” said S.H.A.R.K.S. President, Kiara Baker.  She took her concerns to Mrs. Deslatte and discussed them with her class.  “We created this group because we feel that students need to be involved with their community.  It provides excellent leadership opportunities and can help set up a positive environment at school,” said Mrs. Deslatte.  S.H.A.R.K.S. officers are Kiara Baker, Karli Stelly, Kayly Barragan, and Bridget Roberts.  The girls are looking to start the group this year with hopes of it growing into a successful organization in the coming years.  If you are a middle school or high school student who is interested in joining S.H.A.R.K.S., please see Mrs. Deslatte for more information. 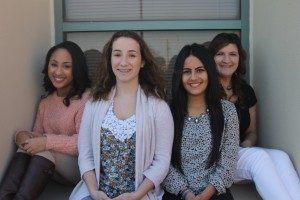 Caleb Morgan is this week’s “Middle School Student of the Week!” Caleb is a sixth grader and his first year of middle school has been quite impressive. Caleb was awarded for his essay that he shared at the Veteran’s Day program in November.  He was also recently voted Middle School Sweetheart at the Valentine’s Dance. Caleb likes to play video games and with nerf guns.  He looks forward to competing on the science UIL team next year. 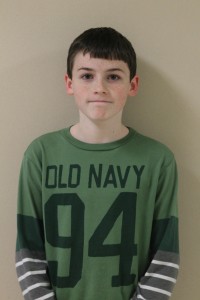 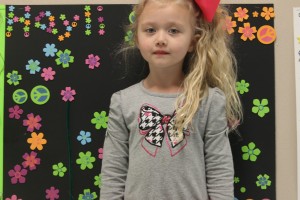 If you are planning on purchasing a yearbook or DVD, time is running out.  This week, we have a “Shark Byte Reader Discount” that will save our readers $5 on the purchase of a DVD or yearbook.

Our Fall Sports and Organization DVDs are on sale through the end of this week and yearbook sales end in April!  If you purchase either one this week, just say or write down the code word (SHARKBYTE). With the code, DVDs will cost $10 and yearbooks will cost $50.  See Mrs. Guidry if you are interested!

If you have any questions, please email Mrs. Guidry at juguidry@sabinepass.net.

You can use this QR Code to access the 8th Grade Journalists’ Secret Page!

Students are working hard on “This Day in History” and writing reviews of upcoming movies, shows, and songs.  If you have ideas on stories, submit your requests to juguidry@sabinepass.net. 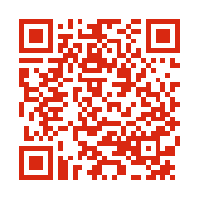 The Sharks Loyalty Showcase provides a look at Seniors who have attended Sabine Pass from Pre-Kindergarten through 12th grade.  Sabine Pass has four seniors who were students in the old building.  Each week, readers will get to know each of the seniors and discover their history with Sabine Pass.  This week’s Loyal Shark is Layne Cox.

Layne’s first teacher was Pre-K/EC teacher, Cynthia Weeks.. His family moved to Sabine Pass in June of 1996 and Layne was born May 29, 1997.  Layne has 2 brothers, Tray & Richard, who both graduated from Sabine Pass. Layne became involved in sports at an early age.  He started playing baseball and football at the age of 4 in Groves, Port Acres and YMCA. During High School he has lettered in Football, Tennis and Golf.  He is also a member of the North China 4H where he has shown his animals at the Southeast Texas Fair. He attends Calvary Baptist Church in Beaumont and belongs to the CSM (Calvary Student Ministries). He has volunteered at nursing homes and beach cleanups.  His hobbies are playing video games and air soft. Though Layne has a busy school schedule, he is also an employee at Market Basket.  In 2014, he won a $500 scholarship for being an escort for CavOILcade.  Layne is the definition of a loyal Shark.  Times were hard during Hurricane Rita.  His family was forced to move out of Sabine Pass after losing their home during the storm, but Layne did not move to another school district. 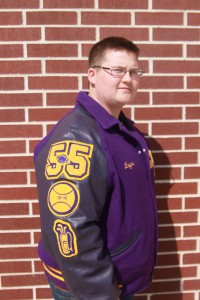 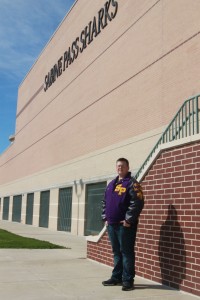