Mrs. Deslatte’s Middle School Science classes have been patiently waiting on the arrival of their baby chickens. Mrs. Henderson brought fertilized eggs that were placed in Mrs. Deslatte’s incubator. After waiting 21 days, four out of the five eggs hatched! Parents, students, and community members were able to view the hatching via the live feed set up by Mr. Simmons. Come by Mrs. Deslatte’s room to “chick” them out!

Don’t miss out on the opportunity to purchase your 2015-2016 yearbook!  Yearbooks cost $55.00.  So far, 66 copies of the yearbook have been reserved.  Please bring money to Mrs. Guidry by Friday, April 15th if you wish to purchase one.

Thank you for supporting the Sabine Pass Journalism program.

It’s time for our book fair! This year’s theme is “Peace, Love, and Reading” and is all about hippies and being groovy!

Book Fair Dates: Monday, April 11 through Friday, April 16. We will have a Tie-Die Tuesday and Fringe Friday dress up days. There will also be a lunch event where parents are invited that Thursday, April 14th.

Fun Fact: That week is also National Library Week! Thanks for your support and happy reading!

Middle School sponsors will be holding a cheer clinic for any 5th, 6th, and 7th graders wishing to try out for Middle School Cheer. Clinic will be April 12th through April April 14th from 3:45 p.m. to 5:00 p.m. Tryouts are scheduled for April 15th during school. Mrs. Mathews suggests all girls trying out should work on sharpness, motions, and stretching before clinic. Best of luck, candidates!

It feels just like yesterday was the last day of school, but yet here we are starting another great school year.  Some new fish have been added to our growing ocean of Sharks.  Notable newcomer to high school, Korie Dominick, is a member of the Varsity Cheerleaders, as well as, a freshman on the Varsity volleyball team. “I just want to fit into high school,” says Korie.  Korie is also excited about taking Mrs. Henderson’s class.  Overall, it seems like Korie has a great year ahead of her!  Fourth grader, Julianna Nunez, is new to Sabine Pass.  Julianna had a wonderful first week of school because “it was nice and [she] made new friends and met new teachers.”  Julianna has a brother who has joined the 6th grade class this year.  Jose Nunez says “I wasn’t worried about coming to Sabine Pass because it seemed like a nice school.”  Jose enjoyed gym class because they started the week by doing a Fitnessgram.  He is already looking forward to joining the basketball team next year.

Carolina Laurel has been named “Student of the Week” for middle school.  Carolina is an excellent student who is known to always try her best.  She is a 7th grade student and her favorite subject is math.  She loves to play soccer with her friends.  She is always happy to help her older brother translate when needed. 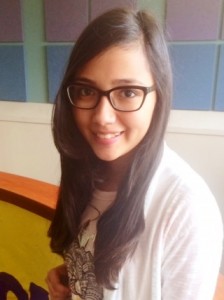 First grader, Cami White, is this week’s “Student of the Week!”  Cami’s favorite part of the day is when she gets to go to the gym for PE.  She loves learning about science, too!  Outside of school, Cami enjoys playing softball.  Cami was chosen because she really stands out in the 1st grade class.  She is known for being kindhearted and a hard worker. 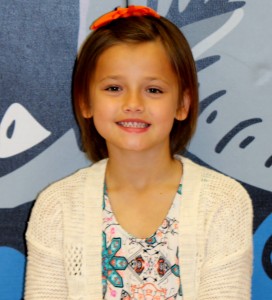 Middle School Track competed against Hull Daisetta, Devers, Evadale, and Colmesneil on Monday at the Sabine Pass Track Meet. The Middle school track team has been working very hard and the coaches would like to congratulate them on their victories.

In the 4 by 100 relay, the team of Asa Lewis, Jamesia Jones, Anahi Gutierrez, and Maile Nguyen got 3rd and the team of Jaizee Landry, Joanna Smolskey, Gracie Hensley, and Pharah Cole for 4th. The boys team of Logan Odom, Shane Foreman, Jordan Boatman, and Bryan Figueroa for 6th.

In the 110 meter hurdles, Asa Lewis got 3rd, Leslie Sandoval got 5th, Trinity Schenk for 6th.

In the 100 meter dash, Gracie Hensley got 1st, Jeslyn Roberts got 4th, Korie Dominick got 5th, and Makaila Benoit got 6th. For the boys, Kirk Blood placed 4th, Adolfo Oseguera got 5th and Bryan Figueroa got 5th.

In the 300 meter hurdles, Joanna Smolskey got 2nd, Makaila Benoit got 3rd, and Kaley Pitre and Anika Decuir both took 4th place.

For the mile run, Jacob Zumwalt placed 2nd while Trinity Schenk got 5th.

Again, Congratulations to the Middle School Track Team! Keep up the hard work! 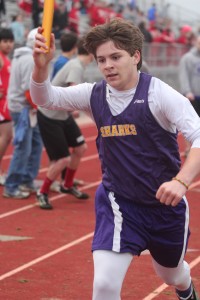 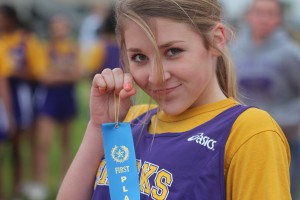 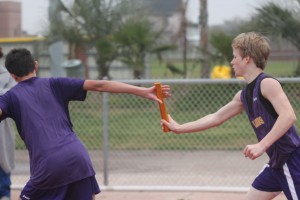 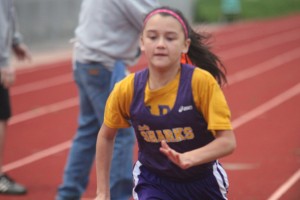 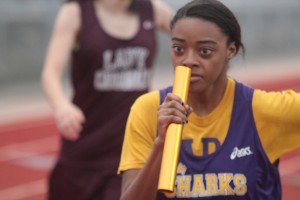 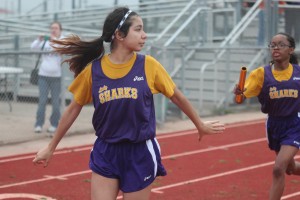 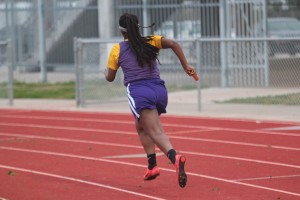 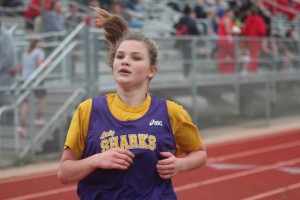 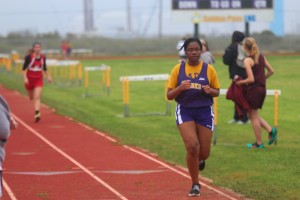 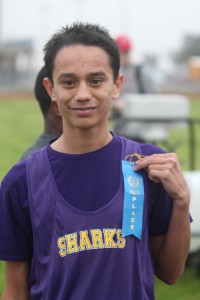 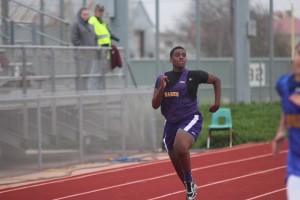 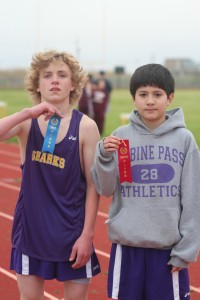 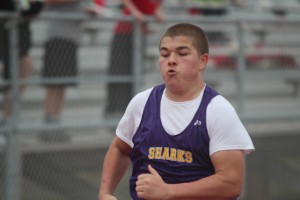 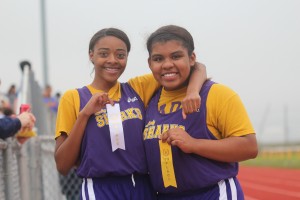 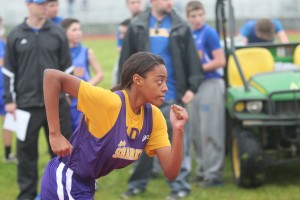 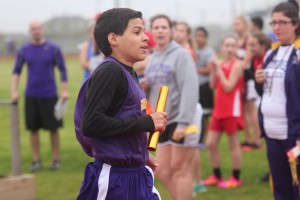 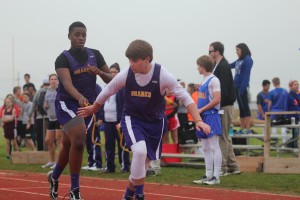 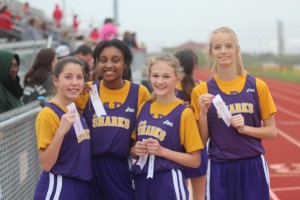 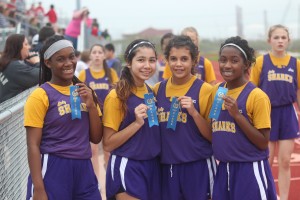 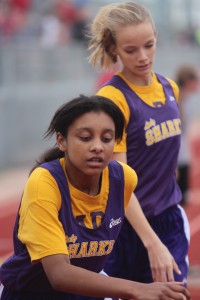 Third grader, Paris Romero, is the Elementary “Student of the Week!”  Paris loves writing.  She enjoys being outside, running in the gym, and playing basketball.  She loves having Mrs. Gonzales as her teacher.  Paris was chosen because not only is she an outstanding student, she is also the top point earner in ClassDojo for upper elementary. 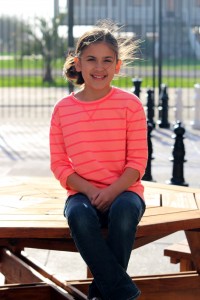 This weeks’ Middle School “Student of the Week” is 6th grader, Roy Vargas.  Roy was chosen because he is an excellent student and works hard to maintain all A’s.  Roy’s favorite subject is math.  Roy enjoys playing sports and video games.  When asked what he likes most about 6th grade, Roy stated “the teachers.”  He is looking forward to 7th grade science class and being able to play middle school sports. 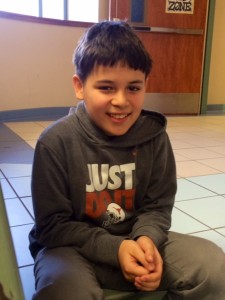 Teachers are always looking for ways to provide a hands-on experience for some of their lessons.  Throughout the years, technology has been incorporated into lessons to provide better resources than worksheets and textbooks to help educate students.  Many students have had the opportunity to use materials that have been printed from a 3D printer.  The 3D printed resources have been used in lessons to teach about the anatomy of a heart, DNA strands, and how volcanic eruptions happen.  Mrs. Henderson’s class was able to study the anatomical structures of a heart before beginning dissection.  The 3D model was the exact size and shape of a real heart.  This allowed the students to identify different parts of the heart, but in a much cleaner setting.  Mrs. Henderson also taught high school students about DNA using 3D models.  Mrs. Gonzales’ class enjoyed creating volcanic eruptions using a 3D volcano, baking soda, red food coloring, and vinegar.   “Using a 3D model helped keep students engaged in the lesson.”  Ms. Bates already has a museum project scheduled for May.  Her students will take pictures of an object and have a 3D model printed of the item. 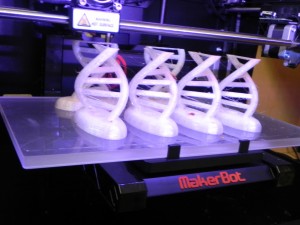 If you were at SPIPPS on February 21st, you have the opportunity to buy a DVD featuring all grades who participated!  Students in Early Childhood – Kindergarten can purchase the DVD for $5.  SPIPPS participants in 1st-8th grade can purchase the DVD for $10.  The DVD features individual students showcasing their basketball skills, as well as pictures from the games they played.  Please see Mrs. Guidry if you are interested in buying the DVD.